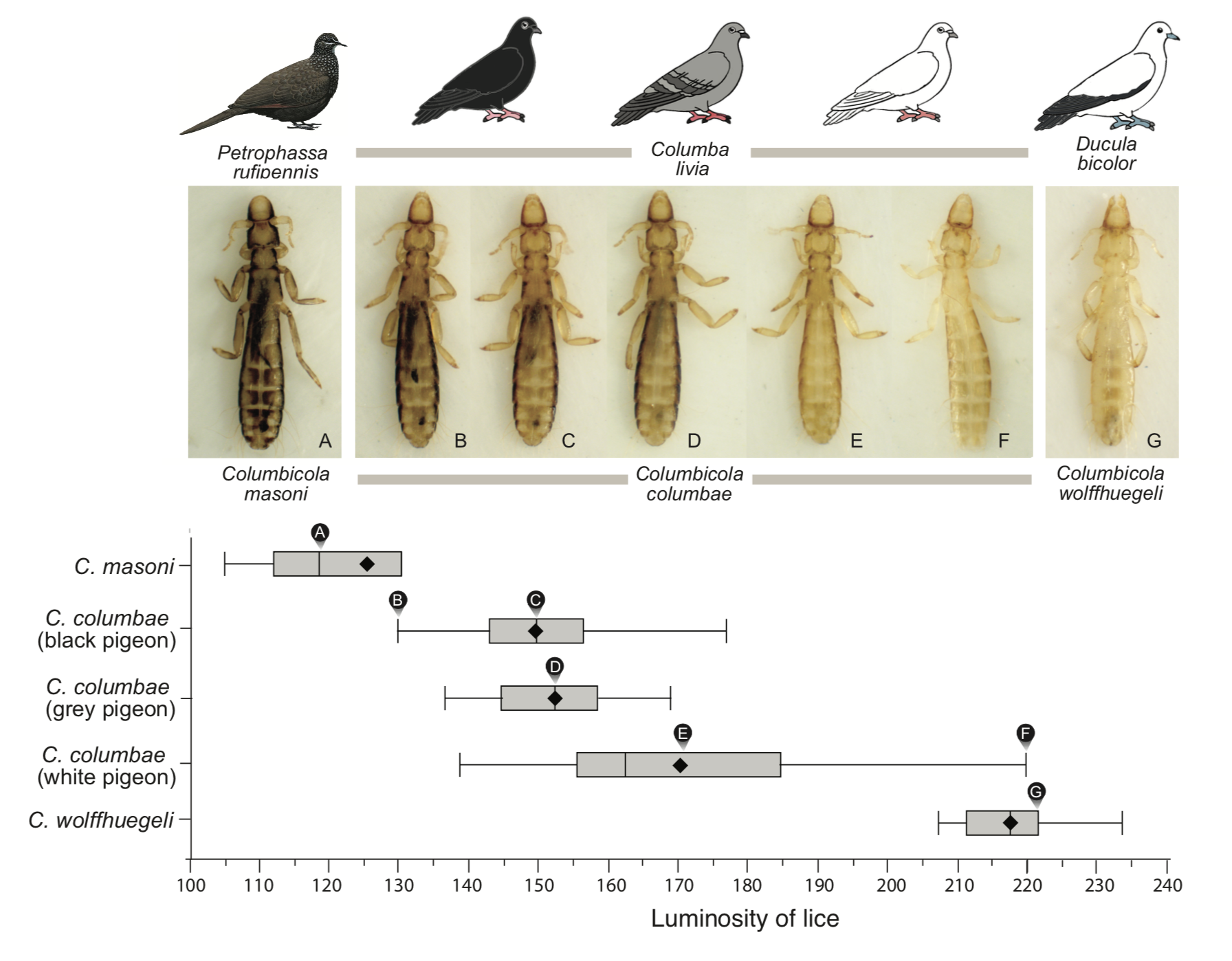 Figure from Bush et al. (2019) showing the evolution of cryptic coloration among different lineages of a feather louse (Columbicola columbae) subjected to four years of experimental evolution on different colored rock pigeons (Columba livia). At the end of the experiment, colors of lice in experimental lines approached extreme differences in color found among different species of lice that diverged millions of years ago.

Adaptive radiations take place when one species of organism splits into several species occupying distinct ecological niches. The process is a common generator of biodiversity, yet the genetic changes underlying it are poorly understood. Parasites, which represent one of the most diverse groups of organisms on earth, adaptively radiate as they switch to new species of hosts. We are investigating the genetic architecture of adaptive radiation in parasites. The focal group consists of feather lice, which are host specific "permanent" parasites that spend all of their time on the host's body. This unusual life cycle makes it possible to study lice under essentially natural conditions even though they are living on captive birds in the lab. This work explores evolutionary changes in parasite size and color, which are fundamental components of successful host use by feather lice. Different size and color breeds of pigeons (Columba livia) are being used as "stepping stones" to experimentally evolve lice capable of parasitizing hosts on which they do not normally occur in nature. Genomic changes that accompany the experimental evolution of novel host use are being compared to genomic differences among different species of lice that naturally parasitize different species of pigeons and doves in nature. The ultimate goal of this work is to integrate across the micro- and macroevolutionary dimensions of evolution in order to transform our understanding of adaptive radiations as a generator of biodiversity.